This vessel has not the strength of the Cerberus, nor yet the dimensions of the Nelson, and at all points differs widely from either. What she lacks in bulk, however, she possesses in beauty, and a finer model of a vessel of her class has never been seen in these waters, her lines being the perfection of symmetry. The Victoria was built and equipped as a sloop of war, and was launched in 1855 from the yard of Messrs. Young, Son, and Macnay, on the Thames. She was draughted by Oliver Lang, of the Naval Dockyard. and was built for the Victorian Government, under the superintendence of Captain W. H. Norman, who held command of her until his death In 1867. The Victoria has an armament of seven guns, six broadside, and one long 32-pounder forward. This latter was exchanged for an Armstrong gun of larger calibre during the last Maori war. 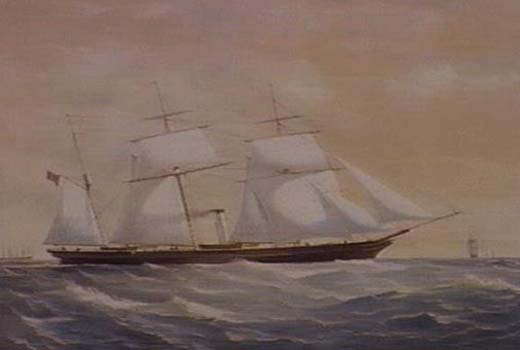 She is 176ft, in length, and is propelled by a screw driven by horizontal trunk engines of 120-horse power. The engines were made by Rennie, of London, but during the years she has been here they have undergone considerable repair, and in some portions renewal. The Victoria, during the first year or two of her career here, was employed in the Water Police department. One of her earliest cruises was to Port Curtis, to bring back repentant diggers from that overdone and disastrous rush. In 1860 she did good service by taking over troops and stores from Hobart Town to New Zealand, where she remained for some time, and was most useful as a despatch boat, and also in conveying men and military stores to the various ports. After playing her part in New Zealand, she was despatched in 1861 to the Gulf of Carpentaria, with instructions to meet, the Burke and Wills exploration party, and a few years afterwards she was engaged in the cause of acclimatisation, having been selected to convey salmon ova over to Hobart Town. No small portion of her time has also been spent in looking after wrecked vessels, and. in 1859 she brought on the passengers and crew of the steamer Thistle, which was lost off Port Albert. She was also at the wreck of the Netherby at King's Island, and. in 1865 she made a trip to Auckland Island, where the Invercauld and the General Grant were lost. Before leaving the island she left stores and live stock for the use of any shipwrecked people who might land there. Of late years she has been engaged exclusively in marine survey work, under Captain H. J. Stanley, R.N., and recently she made a trip to Sydney to bring His Excellency Sir George F. Bowen here. The Victoria was an idea of Sir Charles Hotham's, but he died before she came out here. The officer at present in charge of the Victoria is Lieutenant G. P. Tandy. 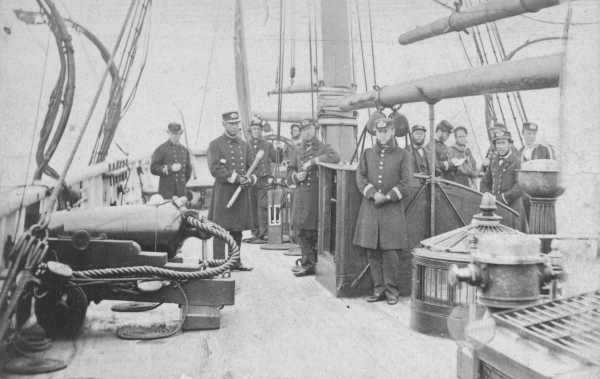