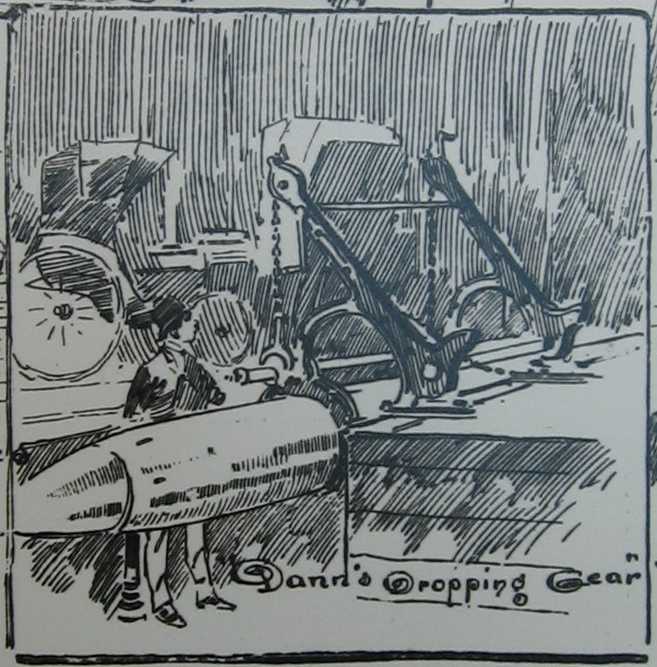 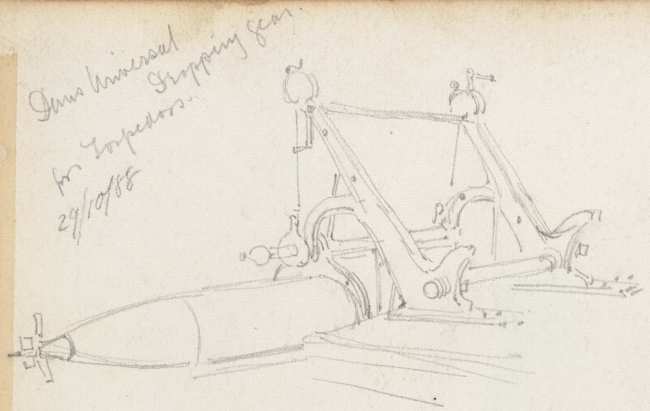 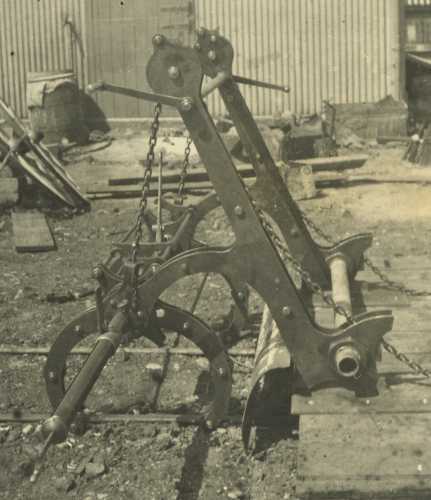 It appears that the Dropping Gear could hold a torpedo in three positions. The first position was when retracted for travelling to the target (as in the photo of Lonsdale or Nepean below). The gear could be extended for firing. In the case of the second class boats there were two extended positions, one for fine weather and one, presumably higher, for rough weather.

The Dropping Gear came in a heavy pattern as used on Childers, which could hold 14 inch and 15 inch torpedoes. The light pattern was used on the other torpedo boats and launches and could only hold the 14 inch torpedoes.

A secondary benefit of the Dropping Gear was the ease of retrieving torpedoes. Whereas previously a second boat and six men were needed to retrieve a torpedo from the water, Dann's gear enabled two men to retrieve the torpedo directly onto the torpedo boat. 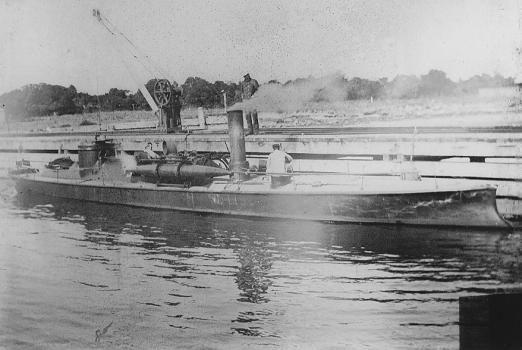 Lonsdale or Nepean with dropping gear retracted. (enlarged below)
Photo courtesy of the Queenscliff Maritime Museum 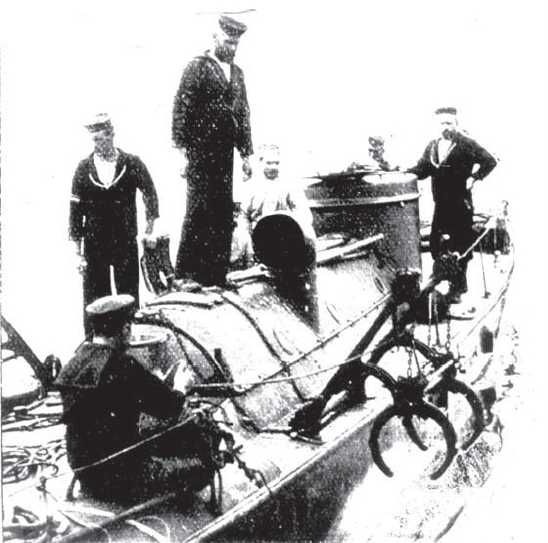 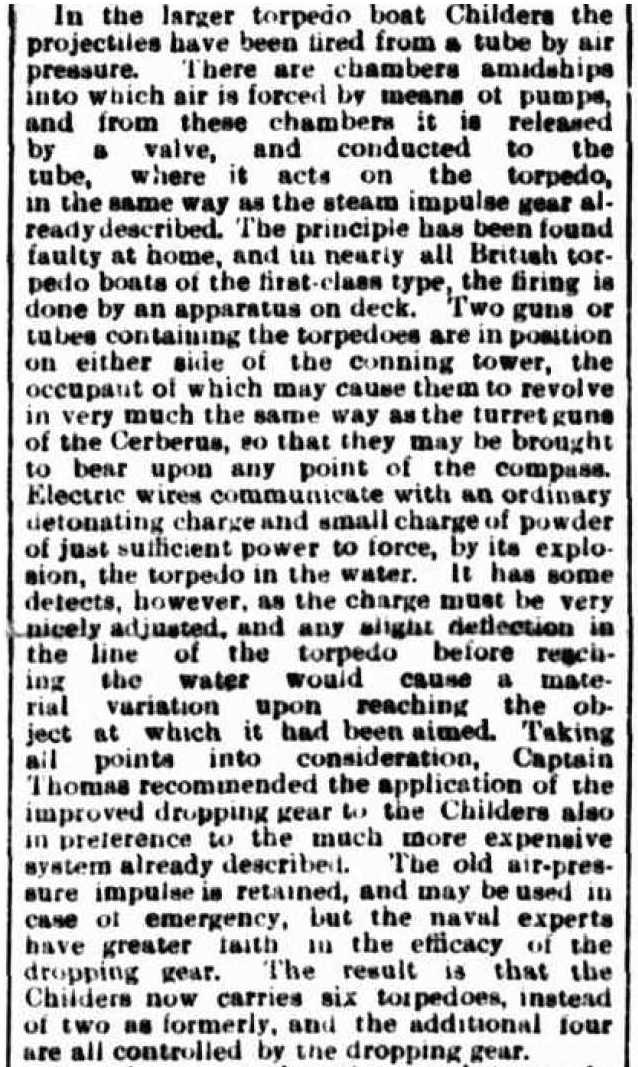