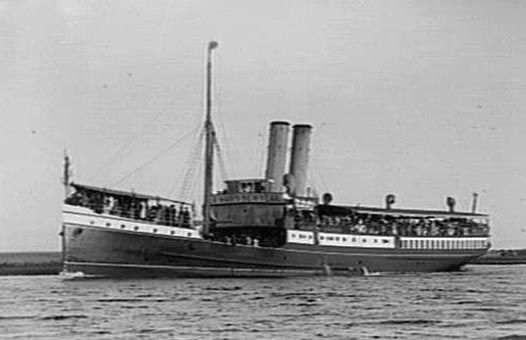 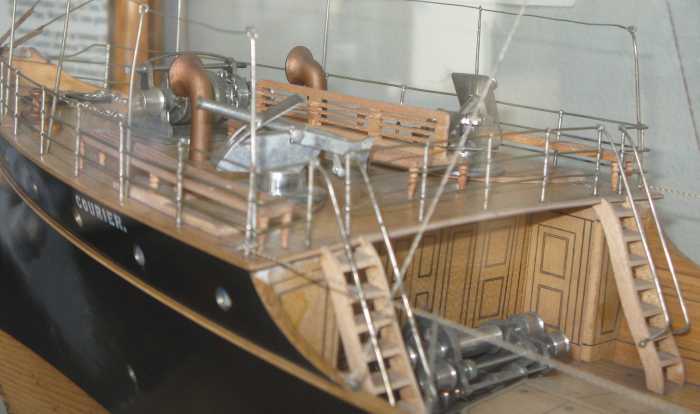 Model of the Courier, in the Geelong Maritime Museum, showing one of the four Maxim-Nordenfelt 14 pounder Q.F. Guns.

"The Courier has been adapted as an armed cruiser, and will be subsidised by the Victorian Government, to be used as a scout in time of war. Her exceptionally high rate of speed admirably adapts her for assisting in the work of coast defence." The Argus, 16 December 1887


"Courier and Elingamite as armed cruisers" James Huddart - The Argus, 11 May 1888


"The list completed by the Courier and Ellingamite, two steel merchant cruisers, each provided with 4 - 13 pounders quick firing." The Illustrated Australian News, 9 November 1889

There is an excellent model of the Courier, almost certainly "the beautiful model" referred to in the Illustrated London News article above, as part of the Victorian Navy display in the Geelong Maritime Museum. 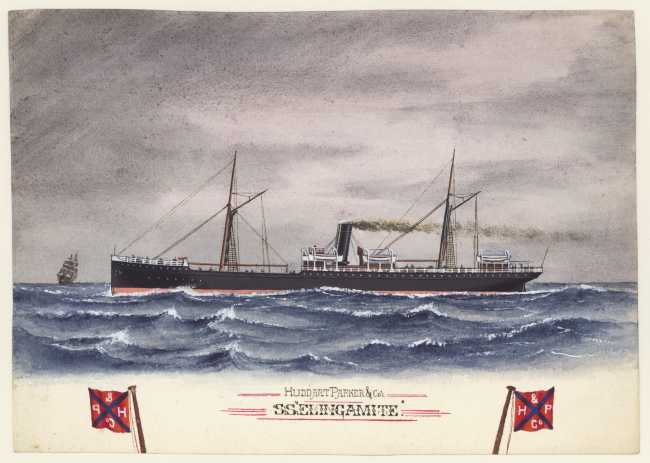 The Elingamite will have a more formidable armament, being fitted to carry two 36-pounder Armstrong guns in the forecastle, two on the poop, together with several rapid firing guns amidships, she is a handsome vessel, 320ft in length, 40ft Oin in breadth, 28ft 3in in depth, with a carrying capacity of 4,000 tons. She can accommndate 110 first-class passengers, and 100 second class, and has a splendid saloon and large airy state room.