The 1st Class Torpedo Boat, The Countess of Hopetoun 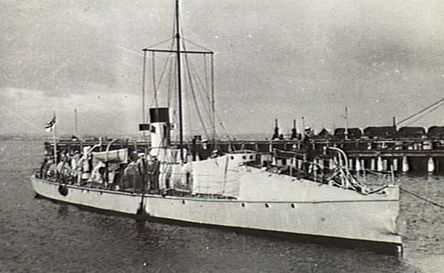 The first class torpedo boat The Countess of Hopetoun in 1920 ready for the visit of the Prince of Wales.
Note the forward bow tube. Image coutesy of The State Library of Victoria - Pictures Collection. 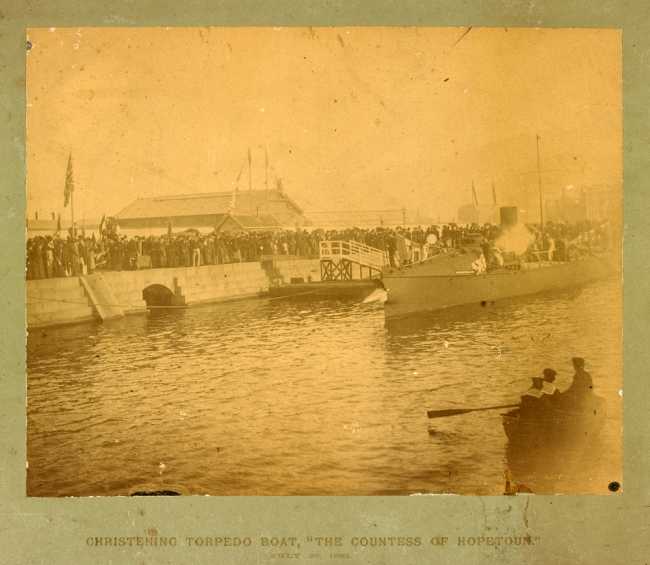 On the bows of the torpedo-boat had been recently painted the inscription "The Countess of Hopetoun," the name by which it is to be known for the future. The act of christening in the time honoured fashion, by breaking a bottle of champagne over the bows, was performed in a manner which was viewed with great curiosity by the onlookers. The bottle was suspended at the bows in front of the fore torpedo tube, which was connected with a galvanic battery on shore. In order to break the bottle Lady Hopetoun had simply to touch the galvanic battery, the immediate result being that a torpedo was fired and the bottle, shattered to atoms, its contents descending on the bows of the little vessel amidst cheers from the spectators and the strains of "Rule Britannia" from the band.

A NEW TORPEDO BOAT FOR VICTORIA

(The Countess of Hopetoun)

About three years ago the British Admiralty gave an order to Messrs. Yarrow and Co. for six seagoing torpedo boats. These were built on quite a new model, and on trial proved to be the fastest, handiest and best boats possessed by the royal navy. This was afterwards amply verified in actual service, for the manoeuvres of the following and succeeding years proved these vessels to have quite exceptional seagoing qualities, in addition to speed and manoeuvring powers.

The Argentine naval authorities took advantage of the British experience, and gave the above firm an order for six seagoing torpedo boats, which were "constructed on the same lines and with similar machinery." The vessels were delivered at the end of last year, and came fully to the expectations of the authorities; indeed, the last of them, which was fitted with a new class of machinery, obtained the great speed of 24½ knots on a two hours loaded trial, which far exceeds the performance of any vessel of equal dimensions. The success obtained with this type of vessel induced the Victorian Government to entrust Messrs. Yarrow and Co. with the order for a first class seagoing torpedo boat from the same drawings, but with such improvements as suggested themselves to the firm. The outcome of the above order is the vessel we illustrate, and will now proceed to describe.

She is 130 feet long by 13 feet 6 inches broad at the water line, and is built entirely of galvanised mild steel. Safety against foundering is provided for by subdivision into nine water tight compartments by means of steel bulkheads. The general arrangement of the vessel will be best understood by walking with us from fore to aft. The first three compartments give good accommodation to the crew, consisting of 12 hands. Immediately aft comes the cooking compartment with the usual culinary appliances, and here also is located the dynamo and engine for producing the electric light. The boiler room and coal bunkers come next in order, and contain one large locomotive boiler of Messrs. Yarrow and Co's. special design for forced draught. This boiler is fitted With the firm's patent water-tight ashpan arrangement, to prevent the fire being extinguished by any sudden influx of water from shot or damage, a very valuable addition to a fighting vessel or even to any merchant steamer. Abaft this is the engine room, which contains (1) the inverted triple expansion surface condensing engines, which are designed to give out about 1100 indicated horse-power, (2) the centrifugal pump for circulating the condensing water; (3) the fan engine, for producing forced draught; (4) the steam steering engine, by means of which the vessel can be steered from either fore or aft; and (5) two air compressing engines for charging torpedoes. The two engineers have their berths in a separate compartment next to the magazines.

The officers have excellent quarters further aft, containing a roomy saloon and pantry, and quite aft is the lazaretto or storeroom: The armament of the vessel consists of a 14 inch bow torpedo tube built into the cutwater, two 14 inch torpedo tubes mounted on a turntable aft for all round fire, and three quick firing guns on naval carriages in echelon. The official trial was attended by Major General Stewart, representing the Victorian Government, and by Mr. Pledge and Mr. Ellis on behalf of the Admiralty. Unfortunately the weather was most adverse; in fact, it blew a gale of wind, which must have reduced the speed by a full half knot, and it was the unanimous opinion of all present that in moderately fine weather the speed would have exceeded 23 knots per hour. The official trial consisted of a three hour's continuous full speed run in the estuary of the river Thames, during which six runs were made over the measured knot in the middle of the time, showing the mean speed to be 22.736 knots. The boat carried 20 tons. 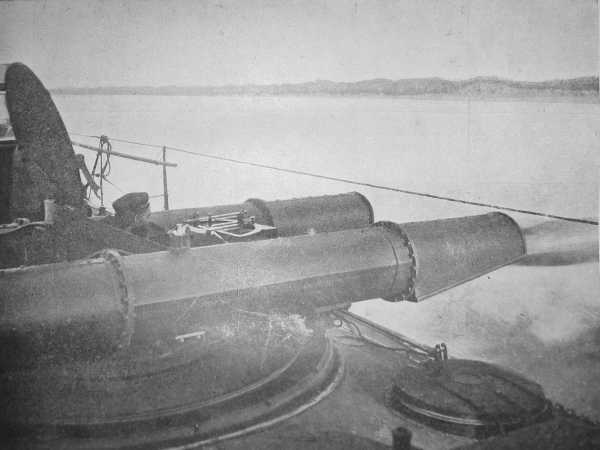 In addition to her bow tube the Countess of Hopetoun could fire 2 torpedoes from an aft twin rotating mount.
The Australasian, 29 April 1905 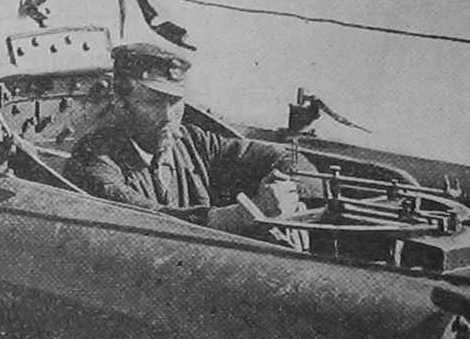 The Director, as seen from a different angle, being used to aim the torpedo.
The Australasian, 29 April 1905

Details on the director, which Tony Lovell believes to be an 1192, can be found at the Dreadnought Project's website. 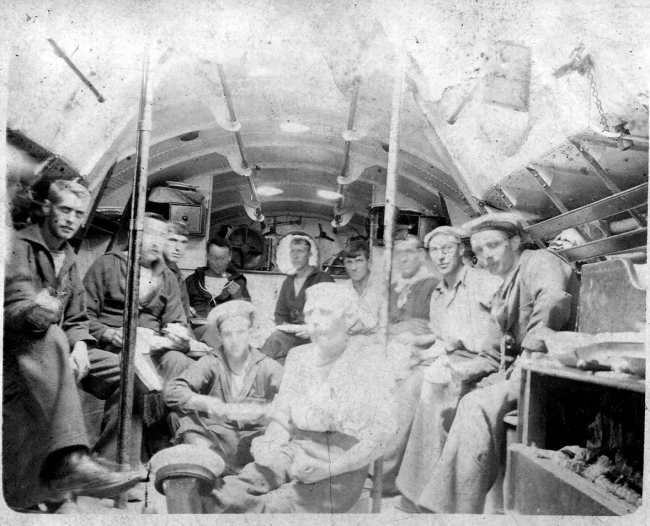 
New Boilers for The Countess. 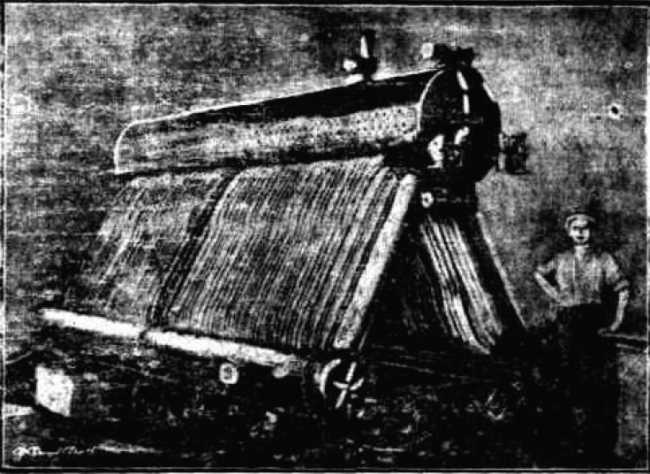 For the Commonwealth Gunboat

This boiler, one of the largest of its type yet built in the world, and the first to be constructed in Australia, is on the point of completion at the Fitzroy Dock, Cockatoo Island, for the Commonwealth Gunboat, Countess of Hopetoun. It has a total heating surface of 2650 feet, with a working pressure of 175 lb., and comprises 1260 galvanised steel tubes, 1½in. in diameter. The length is 15ft., width 9ft., 3in., and the height 9ft. 10in. - Ex.

With the new boilers a full head of steam can be secured from coal within 20 minutes, while with the old type of boiler four hours were invariably occupied.

The boiler was designed at Cockatoo in 1909 by H. Goldsmith for the Federal torpedo boat Countess of Hopetoun. 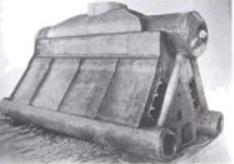