Maintain the Rage - Write to the Media

FROM OUR 'ARSENAL' FOR WHAT COULD BE A LAST STAND 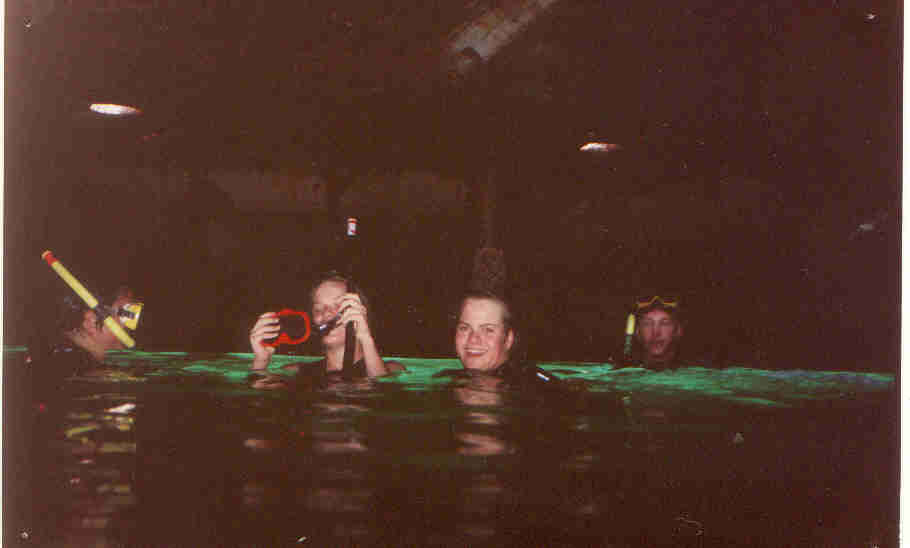 Please help us to fire a broadside that simply cannot be ignored and bear in mind that there will be a State election in Victoria next month on Saturday 24 November 2018 and a Federal (Commonwealth) election likely to be held by mid May next year (2019).

Our recent posts both here and on social media have included links for use by supporters in aiding our fight to save Cerberus from being 'entombed' in concrete at the hands of those paid to protect it. Links to media contacts have now been brought together, added to and updated here for easy reference (see also our 'Write to Politicians' news item). Please use the following pre-addressed and formatted email links to express your support for "Friends of the Cerberus" and your opposition to the planned concrete infill of former Victorian colonial and Royal Australian Navy monitor HMVS/HMAS Cerberus (1868). Before sending, simply add an appropriate message and your particulars where indicated.

Whilst messages may be firm and direct please make sure you keep them constructive and on topic. Toward the bottom of this page there are 'research' links and offerings of pro-forma text to aid with compiling your argument.

For this 'assault' we have variously highlighted links to indicate whether they will open an email, online form or a hot-link (to web/Facebook pages where interaction is invited). We consider these to be key media contacts that collectively have the potential to seriously 'press' our cause. Naturally, should you feel a desire to further pursue the issue after dealing with these 'primary targets', feel free to include other media contacts at your discretion. We have made every effort to ensure that all links are current at the time of posting but should you suspect any to be outdated or broken please let the author of this post know so they can be checked.

Andrew Bolt - This link will open an email pre-addressed to the eminent multi-media social and political commentator. Facebook (The Bolt Report).

3AW Radio 693 - online submission form with a selection of 'targets' from the Melbourne based radio station's news, socio-political commentary and talk-back programmes which include "Mornings with Neil Mitchell" (or email Neil direct), "Drive with Tom Elliot", "Nights with Steve Price", "Newsroom", "Australia Overnight" and more. Facebook.

7 News Melbourne - This link will open an email pre-addressed to the News Desk at Melbourne based television station Channel 7. Facebook.

Sunrise - This link will open an email pre-addressed to the Editor of Channel Seven's top rated morning news and entertainment show. Facebook.

9 News - This link will open an email pre-addressed to the News Desk at Australian television station Channel 9. Facebook - 9 News Australia and 9 News Melbourne.

10 News First Melbourne - This link will open an email pre-addressed to the Melbourne Desk of Australian television station "Network Ten".

Simply copy one of the following selections then paste it into the body of your email (to replace the notation "insert message here") or online form as appropriate. Alternatively you can write your own or 'mix-and-match' to vary the content at your discretion and for this purpose we offer links to further research notes, promotions and updates. Remember to add your (sender's) details as indicated before sending.
______________________________

Australia's multiple heritage listed monitor former HMVS/HMAS Cerberus, one-time Victorian colonial flagship and inaugural unit of the Roya Australian Navy has rested on a sand-bar just 200 metres off shore at Half Moon Bay (Victoria) since being 'parked' there in 1926. The substantially in tact breastwork monitor, a testament to the quality of 1860s British ship building, is in the sights of local government authority the City of Bayside which will soon do what service to three navies plus over ninety years as a break-water could not. Unless stopped they expect to 'misappropriate' a NHII grant secured by local community not-for-profit organisation Friends of the Cerberus Inc.​ to aid in preserving the ship and use it instead to pump more than 4,000 tonnes of concrete inside ensuring that no realistic conservation can ever again be contemplated. Clearly this action is unconscionable and a substantial violation of the "Burra Charter" which provides a best practice standard for managing cultural heritage places in Australia, until now that is!

Like many Australians I have an acute interest in preserving our past, particularly built heritage. This is why I am so incensed by the wanton destruction of supposedly 'protected' sites often in clear breach of laws intended to stop such industrial scale vandalism. It's a poor state of affairs when we have to watch elected officials actively aid corporate 'criminals' in 'raping' our collective built heritage then 'bulldozing' through multi-million dollar deals often funded, at least in part, from tax/rate-payers' pockets. Now it seems they have graduated to 'picking the pockets' of successful grant applicants.

I ask myself, why am I even surprised that any of our public servants (politicians at all levels and their staff) would dare to support such a 'misuse' of public funds granted on application to a not-for-profit community group for aid in preserving a Federal Heritage Listed site? But this is precisely what the City of Bayside is doing and in the process will actively hasten the destruction of what is "arguably the world's most significant accessible ship wreck". The 1860s monitor former HMVS/HMAS Cerberus is Australia's sole substantive remnant of our Great War fleet having retained a RAN commission as "port guard"/"floating munitions store" throughout WWI and beyond. Further, she is also our only pre-Federation colonial navy vessel to survive substantially intact (albeit tenuously) into the 21st century.

If not stopped the City of Bayside, incredibly with support from Federal and State (Heritage Victoria) heritage authorities, will soon proceed to effectively destroy Cerberus by way of a more than 4,000 tonne monolithic concrete infill. Their aim is clearly to mitigate council's own pubic risk liability with no positive heritage outcomes even considered. Funding will come largely from a heritage grant secured by local not-for-profit community group "Friends of the Cerberus Inc" who, with The National Trust Victoria (which currently holds the funds), vigorously oppose the plan. I urge that the media help publicise this injustice to our history and put pressure on politicians to intervene before its too late.

I write to make sure you are aware of a decision taken by Heritage Victoria recently that permits Bayside Council to fill Australia's Federal Heritage Listed 1860s monitor the former HMVS/HMAS Cerberus with more than 4,000 tonnes of concrete. Their decision follows an orchestrated process of exclusion by representatives from the City of Bayside, Federal Heritage Department and Heritage Victoria with no right of appeal by major stakeholders responsible for successfully acquiring a NHII grant to assist in preserving Cerberus. This grant will soon be 'misappropriated' to actively hasten the destruction of what is arguably Australia's most important maritime heritage asset.

Bureaucratic delays were clearly intended to avoid any feasibility study into achieving an actual heritage outcome before the subject of such a study could be effectively undermined and support of councillors for the current plan marshalled. City of Bayside representatives were still giving assurances to the contrary even after a secret meeting between the 'conspirators' had decided to seek acquisition of the grant funds for mitigation of council's public risk liability and to end ongoing Cerberus preservation efforts. Given the high regard in which this vessel is held globally I find it incredible that relevant governments haven't already intervened to stop this 'insanity'.

Fyi, Cerberus was built in Britain between 1 Sep 1867 and May 1869, launched 2 Dec 1868, commissioned at Chatham 12 Sep 1870, departed from Sheerness for Port Phillip 29 Oct 1870, completing the longest ever unassisted voyage by a monitor HMVS Cerberus entered Port Phillip 9 Apr 1871, transferred to Australian Commonwealth Navy 1 Mar 1901, fired salute on arrival of the USA's visiting Great White Fleet 29 Aug 1908, under King George V's signature the Australian Commonwealth Navy was renamed the Royal Australian Navy 10 Jul 1911, retained a commission during the Great War as a port guard ship and floating ordinance store 1914-1918, reassigned to serve as a submarine tender 1 Apr 1921 under the name HMAS Platypus II, sold to Melbourne Salvage Co. for £409 23 Apr 1924 and stripped of valuable fittings, sold to Black Rock Yacht Club and towed to Half Moon Bay where she was run aground and scuttled to form a breakwater 2 Sep 1926.
______________________________